We Need to Treat Drug & Alcohol Addiction, Not Penalize Users. 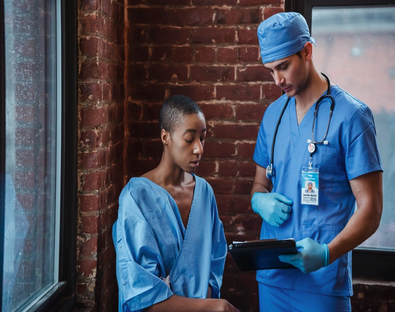 We Need to Treat Drug & Alcohol Addiction, Not Penalize Users.

The COVID-19 pandemic has brought to light the significant racial gaps in health in the United States. Black Americans have had worse outcomes than White Americans throughout the pandemic, continue to die at a higher rate than White Americans, and suffer disproportionately from various other acute and chronic diseases. These inequities are especially pronounced in the realm of substance use and substance use disorders, where entrenched punitive measures have worsened stigma and made adequate medical care difficult to execute. Numerous studies demonstrate that decades of treating drug use as a crime rather than a public health issue have disproportionately hurt Black people and other communities of color.

Rather than being a personality flaw or a sort of social deviance, addiction has been recognized as a medical condition—a treatable brain disorder—for decades now. Despite abundant evidence to the contrary, drug addiction is criminalized. The United States of America must embrace a public health approach to drug addiction immediately, for the sake of population well-being and health justice.

Although statistics vary by substance kind, White and Black persons do not take drugs in materially different ways, the legal penalties they face are frequently quite different. Even though they use cannabis at comparable rates, Black people were nearly four times as likely as White persons to be arrested for cannabis possession in 2018. In 2013, moreover half (56 percent) of the 277,000 persons imprisoned nationwide for drug offenses were African American or Latino, even though those groups together accounted for about a quarter of the US population.

During the early years of this century’s opioid crisis, arrests for heroin far outnumbered those for diverted prescription opioids, even though the latter were more extensively misused. It is generally known that during the 1980s crack cocaine epidemic, far heavier sanctions were imposed on crack (or freebase) cocaine, which was widely used in urban communities of color, than on powder cocaine, even though the two are the same substance. These are just a few examples of the types of racial discrimination linked with drug laws and their enforcement throughout a lengthy period of time.

Even though punishment has been shown to not affect substance use disorders or related difficulties, drug use continues to be penalized. According to the study undertaken by the Pew Charitable Trusts, there is no statistically significant link between state drug imprisonment rates and three indications of state drug problems: self-reported drug use, drug overdose deaths, and drug arrests. When people are released from prison for drug or other offenses, they are at a far higher risk of overdosing on drugs.

More than half of offenders have an untreated substance use disorder, and following incarceration, illegal drug and medication consumption frequently skyrocket. When an untreated opioid use disorder is involved, relapse to drug use can be lethal due to any loss of opioid tolerance that happened while the sober living individual was incarcerated.

While the opioid crisis has prompted some efforts to shift away from punishment and toward treating addiction as a public health issue, the adoption of a public health strategy to drug abuse continues to be inconsistent by race/ethnicity. In comparison to Whites, Blacks and Hispanics are more likely to be imprisoned following drug arrests than to be redirected to treatment programs and, eventually, sober houses.

Additionally, a 2018 study in Florida discovered that African Americans seeking addiction recovery and treatment entered treatment significantly later (four to five years) than Whites, resulting in faster progression of substance use disorders, poorer treatment, and recovery outcomes, and increased overdose rates. These delays cannot be explained solely by the socioeconomic situation. According to studies, Black adolescents with opioid use disorders are significantly less likely than white peers to receive medication treatment (42% vs. 49%), and Black patients with opioid use disorders are 77 percent less likely than white patients to receive opioid addiction medication buprenorphine.

The negative consequences of the drug possession penalty, which disproportionately affect Black people, are numerous. Imprisonment results in isolation, which exacerbates drug abuse, addiction, and relapse. Additionally, it increases the chance of premature death from a variety of causes.

Apart from incarceration, an arrest for possession of even a small amount of cannabis—a far more likely outcome for Black youth than for White ones—can leave a sober living individual with a criminal record, significantly limiting future chances such as higher education and work. This disproportionately high rate of felony drug charges and imprisonment has repercussions for Black children and families. When parents in addiction recovery are arrested, they may lose custody of their children, who are then placed in the child welfare system. According to another Pew Charitable Trusts survey, one in every nine African American children (11.4%) and one in every 28 Hispanic children (3.5%) have a parent who is incarcerated, compared to one in every 57 White children (1.8 percent).

This strain perpetuates poverty by impeding upward mobility via barriers to employment, housing, higher education, and voting eligibility. Additionally, it has a detrimental effect on the health of those who are jailed, their non-incarcerated families, and their communities.

Transitioning to a Public Health Approach

Five years ago, the United Nations General Assembly’s Special Session on Drugs unanimously voted to recognize the need of treating substance use problems as public health issues rather than criminal infractions. The effectiveness and impact of public health-based alternatives to criminalization, ranging from drug courts and other diversion programs to legislation decriminalizing drug possession, are urgently needed.

Along with policy research, proactive efforts are needed to address racial inequities in drug use and addiction. We’ve learned from the opioid crisis that large-scale research programs can be undertaken that bring together numerous stakeholders, including the justice system (courts, prisons, and jails) and the health care system, with the common goal of eliminating a debilitating health problem. We have learned from the COVID-19 crisis that the research enterprise can adapt and quickly mobilize to face severe challenges. These insights can be used to address structural imbalances in the treatment of addiction and recovery and to expand access to high-quality addiction care for all people in need, regardless of race or background.

In light of this, the National Institute on Drug Abuse is redoubling its efforts to understand the vulnerabilities and progression of substance use and addiction recovery in minority communities. We are exploring research collaborations with state and local government organizations and private health systems to identify solutions to minimize structural barriers to addiction care, such as sober houses for sober living individuals. Additionally, we are sponsoring research into the consequences of alternative models of drug regulation and decriminalization in regions of the world where natural experiments are already taking place.

Individuals suffering from substance use disorders require treatment and addiction recovery programs, not punishment, and drug use disorders should be treated with an expectation of high-quality care and compassion for individuals affected. I believe that such a goal is possible with a commitment to racial equity in the delivery of compassionate treatment and recovery programs and the ability to use science to guide us toward more equitable models of addiction treatment.

Vanderburgh House and Vanderburgh Communities offer multiple sober houses that welcome anyone wanting to live in a secure, safe, and clean environment while recovering from drug and alcohol abuse.